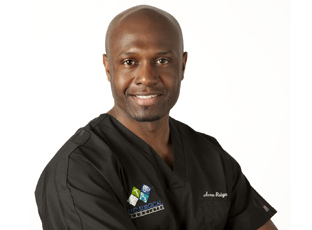 Arno Rotgans, MD is originally from Surinam, South-America. He completed both his undergraduate degree and pursued a Master’s degree in Biochemistry at the City College of New York. He then joined the US Army Service Corps and was the recipient of several Army medals and accolades.

During his postgraduate training he developed an interest in advanced ultrasound techniques becoming certified by the American College of Surgeons.

His academic and research interest include minimally invasive techniques in endovenous surgery. His clinical interests include the full spectrum of endovenous techniques for all venous disorders, including embolization and ablation, as well as body contouring procedures.

His professional memberships include:

Dr. Rotgans speaks fluent English and Dutch and some conversational Spanish and is licensed in New York.

Outside of medicine he enjoys soccer, fitness and chess.